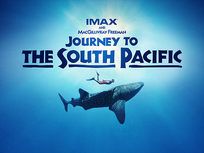 Journey to the South Pacific
$10.82 Value 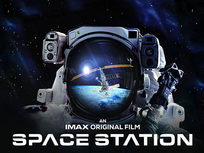 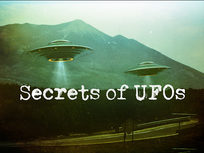 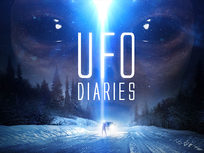 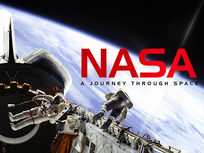 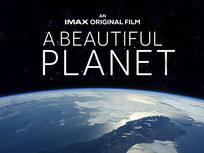 Journey to the South Pacific

An uplifting story of hope and celebration, Journey to the South Pacific highlights the importance of living in balance with the ocean planet that everyone calls home. Narrated by Academy Award® winner Cate Blanchett, Journey to the South Pacific will take moviegoers on a breathtaking IMAX® adventure to the lush tropical islands of remote West Papua, where life flourishes above and below the sea. Home to more than 2,000 species of sea life, this exotic locale features the most diverse marine ecosystem on Earth.

SPACE STATION is the first cinematic journey to the International Space Station (ISS), where audiences can experience for themselves life in zero gravity aboard the new station. Tom Cruise narrates this fascinating look at the high-flying laboratory where today’s space heroes develop technologies to make possible future voyages to Mars and provide solutions to earthbound problems!

Odd lights in the sky. Mysterious aircraft sightings. Strange objects crashing to Earth. Are these objects and events witnessed by thousands around the world proof of extraterrestrials visiting Earth? Secrets of the UFOs examines what really happened at Roswell? What is hidden at Area 51 Base? Are Crop Circles a hoax or the language of aliens? What crashed at Kecksburg? What is the truth? With 4 episodes, this bundle will tickle your mind and make you searching for answers.

The UFO Diaries examines some of the most perplexing incidents and events that raise the question about possible alien visitors to Earth. Is The Secret of Roswell a decades-long cover-up? Could the ancient Egyptians actually build the Pyramids without alien help? What haunts the seas in the Bermuda Triangle? Are crop circles messages from another world? What is really being tested at Area 51?

This Exciting Documentary Series Takes You on the Incredible Journey of the Past, Present & Future of NASA

On May 25, 1961, President John F. Kennedy made a historic speech where he pledged to send astronauts to the moon before the end of the decade. Eight years later, on July 20, 1969, Apollo commander Neil Armstrong stepped out of the lunar module and made a giant leap for mankind - a step that symbolized one of the most remarkable feats in human history. From that moment on, the exploration of the universe has achieved unimaginable feats with hundreds of missions stretching light years into the distant galaxy. This exciting documentary series takes you on the incredible journey of the past, present and future of NASA that shaped the 20th Century and will boldly go further in the 21st Century and beyond!

Narrated by Academy Award® winner Jennifer Lawrence, A Beautiful Planet is a breathtaking portrait of Earth from space, providing a unique perspective and increased understanding of the planet and galaxy as never seen before. Made in cooperation with the National Aeronautics and Space Administration (NASA), the film features stunning footage of the magnificent blue planet – and the effects humanity has had on it over time – captured by the astronauts aboard the International Space Station (ISS).